In line with World Alzheimer’s Day, we are hosting a Twitter chat with prominent experts in the field of dementia on Friday 21 September at 15:00 [BST] 10:00 [EST]. In addition to opinions from our experts we’d love to hear from you! If you would like to pose a question, or let us know your opinion, please let us know using the hashtag #TalkDementia. We’re excited to promote awareness around this important field and so the more people we hear from the better – get involved!

Meet our panelists below: 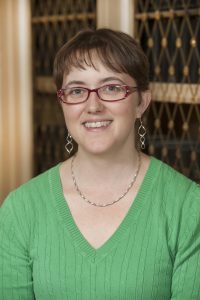 Tara Spires-Jones is a Professor of Neurodegeneration, Deputy Director of the Center for Brain Sciences and a UK Dementia Research Institute Program Lead at the University of Edinburgh (UK).  Her research focuses on the mechanisms and reversibility of neurodegeneration in Alzheimer’s disease, other degenerative brain diseases and ageing. Her work has shown that soluble forms of both of the proteins involved in the neuropathological lesions in Alzheimer’s (amyloid beta and tau) contribute to synapse degeneration, and further that reducing the levels of these can prevent and even reverse degeneration.

Prior to moving to Scotland in 2013, Professor Spires-Jones ran a group studying Alzheimer’s disease pathogenesis with an emphasis on synaptic pathology at Massachusetts General Hospital (MGH; MA, USA) and Harvard Medical School (MA, USA), where she was Instructor from 2006–2011 and Assistant Professor from 2011–2013. She completed postdoctoral training with Professor Bradley Hyman (MGH) and doctoral training with Professor Sir Colin Blakemore (Oxford, UK).

In addition to her research, Professor Spires-Jones is passionate about communicating scientific findings to the public and policy makers in order to share the joy of our ever expanding understanding of the brain and to facilitate a productive conversation about the role of science in society. She is also a FENS-KAVLI Network of Excellence scholar working to foster the careers of neuroscientists, and advises the Scottish Government on science policy as a member of the Scottish Science Advisory Council. 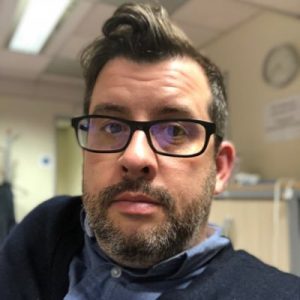 Adam Smith has 20 years experience working within the NIHR, NHS and Department of Health in the UK. Over the past 9 years he has worked at University College London (UK) with the NIHR National Director for Dementia Research leading and delivering a number of initiatives as part of the UK Governments 2020 Dementia Challenge. This includes work to transform how dementia research studies are recruited to, leading the initial development of Join Dementia Research and establishing programs such as the NIHR Enabling Research in Care Homes (ENRICH) Program, and most recently establishing NIHR Dementia Researcher, an online support network for Early Career Researchers – which includes a new popular podcast series. Through these programs Adam has undertaken a number of his own research projects, and presented at various national conferences. 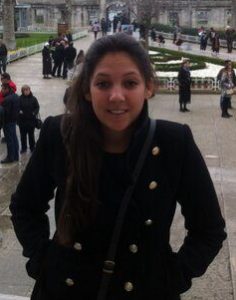 Hannah Churchill is the Research Communications Officer at the Alzheimer’s Society (London, UK). She works to spread the word about Alzheimer’s Society-funded research and ensures that it is being properly represented to all those affected by dementia and the public. This includes working to create accurate and engaging content about our research particularly across our digital and social media channels as well as our website. Hannah works closely with the press team at Alzheimer’s Society to support media coverage of society-funded research and to provide measured comments on other dementia research reported in the media. She has worked at Alzheimer’s Society for 6 months and previously supported research communications at another medical research charity. Outside work, she loves sports, reading, staying healthy and traveling whenever possible. 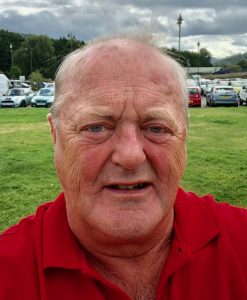 George has worked to improve patient experience and outcomes in Shropshire (UK) for 8 years since he stopped working full time. He lives with several long-term conditions and has had a number of operations in the last 10 years. George has received a diagnosis of early-onset mixed dementia at a fairly early stage and medications mean you probably wouldn’t notice, at least not on the good days.

In 2014, He also established the Shropshire, Telford and Wrekin Dementia Action Alliance, of which he is the Chair. George also led the development of Healthwatch Shropshire in 2013. He has also worked on a Patients in Control project to co-design and co-facilitate workshops for commissioners across the East and the Midlands, in order to influence the way services are designed around patients in the future.

In addition to this, George is also the co-Chair of the Dementia UK ‘Lived Experience Advisory Panel’ (LEAP). He is setting up groups in the DEEP network in Shropshire, and is also a diarist in the Dementia Dairies Project. He is also the Chair of the steering group for the Three Nations Dementia Working Group (3NDWG).

George is passionate about putting patients at the heart of everything the NHS does, through co-production at national and local levels. Through his work, he hopes to influence change. He prefers the term ‘patient activist’ to ‘patient leader’, but perhaps he aspires to be both.

Julie Hayden’s background is in nursing and social work. She received her diagnosis in May last year at the age of 54. Since then, Julie has started her own young-onset dementia group.