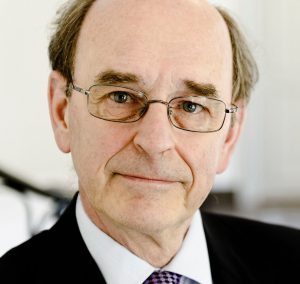 1.What inspired you to work in this field of research?

Well, this goes back to the 1970s when I got involved in studies around regeneration of the dopamine system. Dopamine is obviously central to Parkinson’s and I was intrigued by the fact that these neurons have quite remarkable regenerative capacity. However, it’s well-known that in the adult brain the regeneration of neurons, for reasons that are being studied now, is very poor.

Thus, together with a graduate student of mine, we started to explore the idea of replacing the lost neurons in the brain with new ones. At the time, it was clear that if you were to implant new neurons, they had to be immature – fully mature neurons do not survive transplantation. Consequently, we focused on cells that we obtained from the fetal brain.

2.You presented a plenary session at the British Neuroscience Association’s Festival of Neuroscience (14–17 April, Dublin, Ireland) on ‘Stem cell therapy for PD: current status and future perspectives’ – could you provide us with an overview of this?

“…it suggests that the behavioral impairments, particularly the motor impairments of the disease, can be reversed if dopaminergic neurotransmission is restored.”

My talk looked back to the time when dopamine was discovered in the brain. This, and the first insight into the role of L-dopa in restoring dopamine, was made at my university in Lund, Sweden by Arvid Carlsson, who later received the Nobel Prize for these discoveries, and this remains the leading treatment for Parkinson’s still today. But at the same time, it suggests that the behavioral impairments, particularly the motor impairments of the disease, can be reversed if dopaminergic neurotransmission is restored.

Given our interest in cell replacement we thought that Parkinson’s, or more specifically, the animal models of Parkinson’s-like dopamine neurodegeneration, would be an interesting test bed for this idea.

In my lecture I summarized our experience using transplants of fetal dopamine neurons and ended up saying that although the results are very promising, they are far too variable, and it’s clear that use of fetal tissue material is not the way forward if one wants to turn this into a therapy.

Consequently, since approximately 15 years ago, we have focused our attention on the use of what is called pluripotent stem cells to generate dopamine neurons specifically for transplantation, and in the second part of my talk I summarized our efforts along this line. We are now entering a new exciting phase and the first Parkinson patient was transplanted in Japan in October last year using cells derived from induced pluripotent stem cells.

3.In your opinion, what have been the most significant breakthroughs in this field of research?

Stem cell research in general has provided a set of new tools that have opened for new investigations. Of course, we know about efforts of disease modeling where one must use a reprogramming technique to generate pluripotent cells, which is called induced pluripotent cells. This is one line of research.

When it comes to the field that I’m working in, the breakthrough has been the development of the protocols that allow us to generate specific subtypes of cells and neurons using pluripotent stem cells as a starting material. This has given us entirely new possibilities for cell-based brain repair. Over the last few years, very efficient protocols have been worked out that allow us to generate authentic midbrain dopamine neurons in large numbers.

4.What are the current limitations of using stem cell therapy for Parkinson’s and how might we overcome these obstacles?

“The next step is to make the cells immunocompatible or immunologically innocent so that they can evade the immune system.”

The first challenge is to show that the cell preparations that are now being worked on are safe and that they can be used without any negative side effects. The first trials that are underway now are focused on safety and feasibility. Once this hurdle is passed, I think that this will open for more structured and controlled clinical trials. In these Phase II trials, we need to show that this type of dopamine cell replacement is efficient and that it can be done reproducibly and with sufficient efficiency to make it therapeutically meaningful.

Then the third phase is to turn this approach into a practical and economical form of therapy that can be disseminated broadly. This is a matter of money and will also depend on the development of tools that can be readily used in specialized centers and hospitals.

The next step is to make the cells immunocompatible or immunologically innocent so that they can evade the immune system. Currently, we have to combine this transplantation with immunosuppression for a year. We know from the fetal transplant studies that this treatment has to be maintained for at least 1 year to allow the cells to settle and make sure that the immune system is not triggered, so as to avoid rejection.

With the current technologies, we believe that it will be possible to obtain immune-compatible cells, either by deriving them from the patients themselves, or through the use of cells that are immune-matched to each patient. A third option is to use cells where the immune-triggering machinery is blunted so that they will become less immunogenic.

5.I’ve read that it’s unlikely that induced pluripotent stem cell treatment of Parkinson’s will completely restore function. What other treatment options are being investigated in parallel with stem cell therapies?

The most interesting avenue of research is to deal with the disease process itself, either to dampen it or to block it, or to make it progress slower. There are a lot of ideas being pursued today and I think that in the longer perspective, the most interesting use of stem cell therapy is going to be in combination with treatments that can slow down disease progression. In this scenario, cell transplantation will allow us to combine a disease-modifying therapy with restoration of dopamine function. This combinatorial approach could mean that in the future we will combine cell and gene therapy, using gene therapy to modify the disease process and cell therapy to restore lost function.

6.Looking forward, what developments are you most excited to see in the future?

All of the above, really. We would like to quickly progress through these three stages: demonstrating safety, then efficacy, and finally disseminate this new treatment modality in a way that makes it an attractive therapeutic option for many patients.