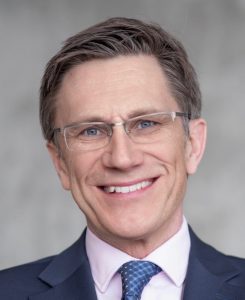 Since 2012, Dr Patrik Brundin is the director of Van Andel Research Institute’s Center for Neurodegenerative Science. He earned his PhD in 1988 and MD in 1992, both from Lund University, Sweden and is one of the top cited researchers in the field of neuroscience with more than 350 publications on Parkinson’s disease and related topics. His research focuses on pathogenic mechanisms of Parkinson’s as well as the development of therapies that slow or stop disease progression or that repair damaged brain circuits. He is a member of the World Parkinson Coalition Board of Directors and The Michael J. Fox Foundation for Parkinson’s Research Executive Scientific Advisory Board. He also serves as co-editor-in-chief of the Journal of Parkinson’s Disease and chair of the Linked Clinical Trials scientific committee.