This summer, Miltenyi Biotec (Bergisch Gladbach, Germany) organized a workshop on “Adult neural cells from healthy and diseased brain – challenges and opportunities” during the Glial meeting in Porto, Portugal (10–13 July 2019). During this meeting, Drs Ana Mendanha Falcão, Verena Haage and Pascale Eede gave interesting and informative talks on their research on oligodendrocytes, astrocytes and microglia, and shared their experiences on acquiring viable glial cells from adult brain tissues. Read the interview with Ana Mendanha Falcão here.

1.Could you tell us more about your current research focus and what inspired you to work in this field?

I am currently investigating the mechanisms underlying the pathophysiology of multiple sclerosis (MS). Since the beginning of my postdoc, I was involved in projects on oligodendrocyte (OL) cell biology in the group of Gonçalo Castelo-Branco (Karolinska Institutet, Solna, Sweden). During this time, our work demonstrated that OL lineage cells, at a single-cell level, have transcriptional heterogeneity. This made us wonder what the implications of this finding for demyelinating diseases such as MS were. We have been investigating this question since then. Now, I have started a new project as an independent researcher at the University of Minho (Braga, Portugal) to study the role of the choroid plexus in myelination and in MS.

2.When trying to dissociate adult brain tissue to isolate different neural cells, what are some of the challenges that researchers might run into? How could these be resolved?

The most challenging part is to get a high number of viable and debris-free cells from brain and spinal cord tissue. Many cells are lost both in the process of enzymatic and mechanical dissociation and during the debris removal step. To obtain viable single-cell suspensions from adult brain tissue, we used the Adult Brain Dissociation Kit from Miltenyi Biotec. Luckily, in our studies we did not need a high number of cells (because we were mostly performing single-cell RNA-sequencing) and we had reporter mouse lines for both OL progenitors (OPCs) and all OL lineages, which allowed us to directly sort these cells using the FACS® method. This can definitely help because first, you avoid extra steps of incubation with antibodies that cause more cell loss and decreased cell viability and second, when trying to isolate OPCs only, the antibodies did not give us a high yield of OPCs (both using MACS® or FACS). However, this is only true for adult tissue, since we have no problems in obtaining OPCs from postnatal stages with the CD140a (PDGFRα) MicroBead Kit and MACS Technology from Miltenyi Biotec.

3.Can you tell us more about how you’re using isolated OLs in your research?

We have isolated OL lineage cells from spinal cords of adult control and experimental autoimmune encephalomyelitis mice and performed single-cell RNA-sequencing. The objective was to investigate how different OL populations were responding to an autoimmune demyelinating disease.

We have also studied new functions of OPCs and new molecular players driving OPC differentiation in vitro. To do so, we have isolated and cultured OPCs from postnatal stages. In independent experiments, these OPCs were treated with biologically active molecules, co-cultured with lymphocytes and different genes of interest were knocked down or overexpressed.

4.What new research questions do you hope to be able to answer with these cell isolates?

When we performed these experiments, we ended up with more questions than the ones we could answer. The data from single-cell transcriptomics displayed that OL populations completely change their profile upon an immune attack and revealed new players in the disease. We can now investigate the role of these newly discovered players in the disease and also the mechanisms that trigger these changes in OL lineage cells. Currently, work at the Castelo-Branco lab is addressing the epigenetic signature of these cells by, for instance, isolating OL lineage cells and performing single-cell ATAC-seq.

5.What has been your most surprising finding from using these isolated  OLs in your work?

From the beginning, using these isolates displayed that OL lineage cells were more heterogeneous than previously thought. Due to this, we extended this study and have observed that they also behave differently in response to disease. Still, the most surprising finding was what came next: OPCs could engulf myelin debris and influence CD4 T-lymphocyte behavior, at least in vitro!

6.In your opinion, what impact or clinical translations could these OL  isolates have for patients in the future?

The beauty of this work was the fact that it raised new perspectives on potential functions of these cells, both in physiological and pathological conditions. This will trigger more research on these cells and will make us rethink their role in disease. All our efforts combined will help in developing innovative strategies to treat MS patients and stop disease progression.

7.Looking ahead, what further investigations do you have planned?

At the Castelo-Branco lab, we now plan to investigate the role of these new molecular players in the development of disease, for instance, by knocking them out in mouse models and following disease progression. In addition, we are further investigating the epigenetic mechanisms underlying these transcriptomic changes in disease.

Personally, I am starting a new project that aims to answer similar questions, but in reference to the different cell types that comprise the choroid plexus. 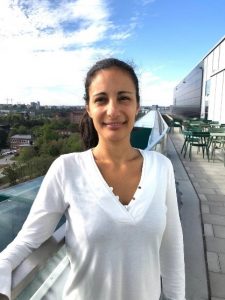 2012 at the Life and Health Sciences Research Institute (University of Minho, Braga, Portugal), where she studied the adult subventricular zone modulation and heterogeneity. Ana then joined the Gonçalo Castelo-Branco lab at the Karolinska Institutet (Solna, Sweden) and was awarded with the ECTRIMS postdoctoral fellowship to develop projects on the role of oligodendrocytes (OLs) in multiple sclerosis (MS).

During these last 6 years, she has been developing projects on OL cell biology in health and in MS. Of note, Ana has been investigating OL heterogeneity in response to MS and the function of OL precursor cells as phagocytic and antigen-presenting cells. Ana was also recently awarded a ‘la caixa’ junior leader fellowship to start an independent research project at the University of Minho. Her goal is to investigate the role of the choroid plexus in myelination and in disease. 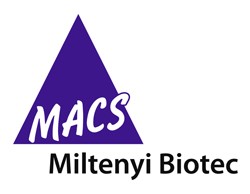