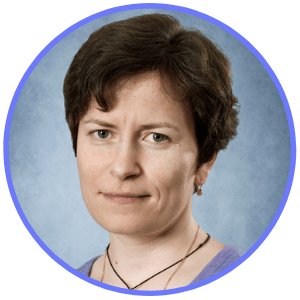 Dr Kuteeva received her PhD in Neuroscience at the Department of Neuroscience at Karolinska Institute (Solna, Sweden) in 2007 and continued her work on neurobiological mechanisms of depression at the Karolinska Institute as a postdoctoral fellow in 2008–2010. After completing the postdoctoral studies, Dr Kuteeva moved to the Department of Neuroscience at AstraZeneca, where she worked as a senior scientist in the Histology and Autoradiography team, focusing on pain and analgesia. She joined the Atlas Antibodies (Stockholm, Sweden) team as a Research Scientist in 2012 and established an immunohistochemistry laboratory and was working with histology-based validation of monoclonal antibodies and biomarker discovery. In 2016, she became a Principal Scientist at Atlas Antibodies, and since 2020, Dr Kuteeva has been a Principal Scientist in the Protein Technologies team, working with both monoclonal antibody development and pathology applications. She has published more than 20 peer-reviewed scientific papers, reviews and book chapters.

Please can you tell us more about your research and area(s) of focus?

I have broad scientific interests but have mainly been working in the fields of neuropharmacology, neuroanatomy and behavior. I am particularly interested in neuronal mechanisms underlying dysfunctions of the nervous system, such as mood disorders and neurodegenerative disorders.

My work at Atlas Antibodies focuses to a large degree on monoclonal antibody development. Antibodies are very important reagents in neuroscience research. They help to study proteins involved in pathogenesis and can be used in biomarker tests for early detection of disease. To be useful and reliable tools, antibodies need to be specific, well-characterized and validated. Since 2012, we have developed more than 500 monoclonals, focusing to a large extent on neuroscience targets. For this area of research, we have, for example, antibodies targeting various cell types in the nervous systems, including neurons, astrocytes, oligodendrocytes and microgila, markers for different neurotransmitter systems, cortical layer markers, neural stem cells and development markers, as well as a recent panel of antibodies for multiple sclerosis and neuroinflammation.

What is the Human Protein Atlas and how has it led to the establishment of Atlas Antibodies?

The Human Protein Atlas (HPA) is a Swedish academic program, funded by the Knut and Alice Wallenberg foundation, aiming to map all human proteins in cells, tissues and organs using different -omics techniques, such as transcriptomics, mass-spectrometry-based proteomics and, last but not least, antibody-based imaging. For the success of the project, it was critical to have access to highly specific antibodies, which was difficult to obtain from the commercial providers. Therefore, a standardized manufacturing process with rigorous quality control was developed by the HPA project, ensuring high levels of specificity and selectivity of the antibodies needed for the mapping studies. In 2005, the first version of the HPA database was released, which evoked a high interest for these antibodies in the research community. This led to the establishment of Atlas Antibodies, which commercializes rabbit polyclonal antibodies developed by the HPA project since 2006. In 2012, Atlas Antibodies also started in-house development of mouse monoclonal antibodies, followed by release of PrEST antigen products in 2014 and finally QPrEST mass spectrometry standards in 2019.

How has Atlas Antibodies’ research tools advanced scientific discoveries in the field of neurodegenerative diseases?

The use of specific and selective antibodies contributes to a better understanding of how the brain is built and how different cell types interact with each other in normal and disease states, which is crucial for our understanding of the disease and for finding new ways of treatment.

Neuron subtype-specific antibodies can be used to label selected groups of neurons in multiplexed IHC studies aiming to assess different morphological and functional changes related to the neurodegenerative disorder, both in human tissues and in animal models. For example, a study by Hatton et al. (2020) used the anti-CHAT antibody HPA048547 to label cholinergic neurons in the basal forebrain in Lewy body dementia samples to study mitochondrial dysfunction in the cholinergic neurons and the association of Lewy body formation with such changes. The results indicated that Lewy bodies may provide a mechanism to encapsulate damaged mitochondria and/or α-synuclein oligomers in cholinergic neurons, thus protecting them from their cytotoxic effects.

Another example is how a more broad -omics approach was used for looking at new biomarkers in neurodegenerative disorders. In a study by Remnestål et al. (2016), a suspension bead array with 376 of our polyclonal antibodies targeting 280 proteins was used to profile proteins in Alzheimer’s disease (AD), Parkinson’s disease and Lewy body dementia cerebrospinal fluid samples. The presynaptic protein neuromodulin (GAP43) was found to be increased in the cerebrospinal fluid of AD patients, both in the manifested and prodromal stage of AD as compared to non-AD samples, indicating this protein as a potential biomarker. This data was then further validated by an orthogonal method using our QPrESTs mass spectrometry standards in the study by Andersson et al. (2019), which further strengthened neuromodulin (GAP43) as a potential biomarker of preclinical AD.

What translational applications does this have, if any?

Animal models, including transgenic animals, are critical for studying mechanisms of disease and drug development.  The possibility to compare protein expression between normal and disease states, as well as between human and other mammal species, helps to understand neuropathological mechanisms and can be used to select and validate modes of human disease, as well as to test new therapies. For example, a study by Zhang et al. (2018) utilized our anti-TH monoclonal antibody AMAb9112 to visualize and quantify dopaminergic neuronal cell bodies in the substantia nigra and their processes in the striatum and to quantify the effects of fucoidan treatment in rat rotenone models of Parkinson’s disease.

What are the main challenges surrounding standardization and validation of antibodies?

There are several challenges in standardization of antibodies that are related mainly to the specificity and reproducibility of antibody reagents. One of them is sensitivity, or ability of the antibody to bind to its target. This can be affected by the level of target expression, and by the epitope(s) to which the antibody is binding. In this regard, the sample preparation, including tissue or lysate processing, as well as antigen retrieval conditions can play a crucial role. Antibody cross-reactivity, meaning binding of the antibody to the proteins other than intended, represents another challenge. Finally, batch-to-batch variation can also be an issue, especially when using polyclonal antibodies.

Do you have any top tips for researchers who are facing these challenges?

The International Working Group for Antibody Validation has proposed a set of standard guidelines for validating antibodies based on five conceptual pillars including genetic, orthogonal and independent antibody strategies, as well as validation by expression of tagged proteins and immunocapture followed by mass spectrometry (Uhlen et al. 2016). At least one of these strategies should be used to validate an antibody. At Atlas Antibodies, we commonly use both genetic, orthogonal and independent antibody approaches when validating our products. One should also bear in mind that it is important to validate antibodies in an application-specific manner, as antibody performance may differ in different applications.

In your opinion, how can implementation of standardized antibody characterization procedures be achieved?

I think this would require increasing awareness of the importance of antibody characterization in both the industry and research communities. In this regard, a large progress has been made during the last few years. For instance, establishment of the International Working Group for Antibody Validation and the guidelines that I have mentioned above.

Looking to the future, what developments and applications are you most excited to see?

I think a combination of single cell -omics approaches with immunostaining methods in situ will bring us closer to understanding the function of normal and diseased brain cells. Also, the use of imaging techniques, such as light-sheet microscopy that allows for studying tissues in 3D to see where the different pathology-related structures (e.g., amyloid plaques) are located in relation to neurons, glial cells and microglia in the brain, and whether the cellular interactions are affected by the treatment. All this can contribute to the better understanding of the disease and help us with looking for new therapies.

Disclaimer
The opinions expressed in this interview are those of the interviewee and do not necessarily reflect the views of Neuro Central or Future Science Group.

SfN18: Exosomes could have wide-ranging and long-term effects in the brain and body

PEARL study protocol: a real-world study of fremanezumab effectiveness in patients with chronic or episodic migraine